The moving average convergence divergence indicator (MACD) is a trend following indicator showing when a trend is gaining strength or losing momentum as it moves above or below a central zero line. Here is an example:- 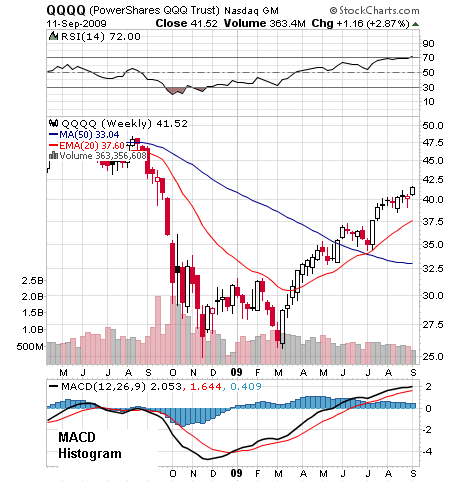 Chart supplied by stockcharts.com. Your broker will supply charting software.

The MACD line is calculated for you and this is what it is made up from:-

3. The 26 period EMA is subtracted from the 12 period EMA to create the MACD line (the darker line in the histogram.)

Also shown on the histogram are:-

4. The MACD line is used to calculate a 9 period EMA to give the signal line (the lighter line in the histogram.)

What does it mean?